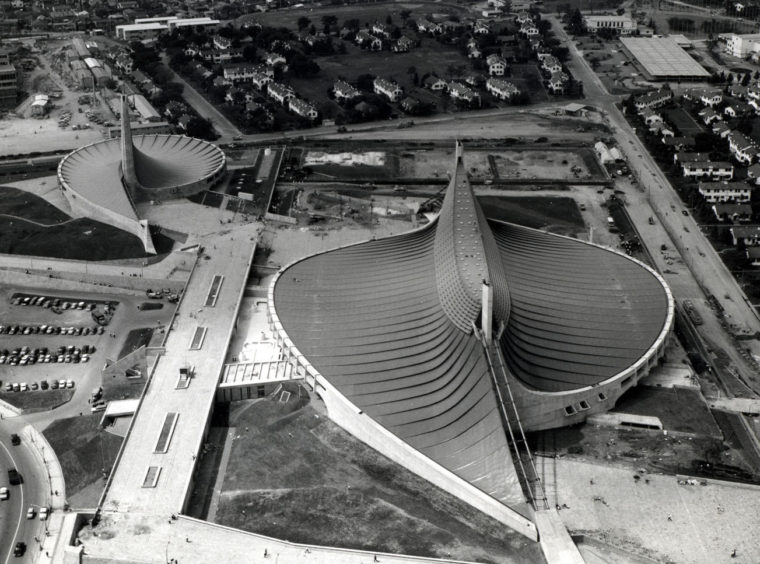 Yoyogi Olympic Stadium consists of two indoor stadiums and was designed for the Tokyo Olympics in 1964.

Stadium 1 was the venue for Aquatics and Stadium 2 for Basketball. It has a suspension roof system whose central structure is very similar to that of a suspension bridge. Two main cables span 126m between the two main columns and 65m outside them in the longitudinal direction. The roof covers a circular plan of 120m in diameter.

Stadium 2 has a circular plan with the diameter of 65m. The structural principle is the same as that of Stadium 1. It has only one column from the top of which the main pipe runs down in a spiral shape to the anchorage.